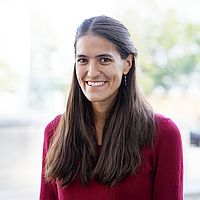 Having joined the team in October 2020, Julia Lange is a member of the Freigeist-Fellowship research project "Radical Utopian Communities: Global Histories from the Margins, 1900-1950" led by Dr. Robert Kramm.

Julia Lange's dissertation project focuses on transnational connections between Spanish and Chinese anarchist educators in the first half of the twentieth century by understanding their educational projects and their philosophical debates both as part of global anarchist conceptual thought as well as their respective local contexts.

- 2014-2017: Master of Arts in China-Studies at the University of Cologne, internship in Shanghai (2017)
- Master's thesis: "Man and society in the essays of Lu Xun and Zhou Zuoren"
- 2010-2014: Bachelor of Arts in Sinology at the Ludwig Maximilian University of Munich, exchange year at Zhejiang-University, Hangzhou, China (2012/13)